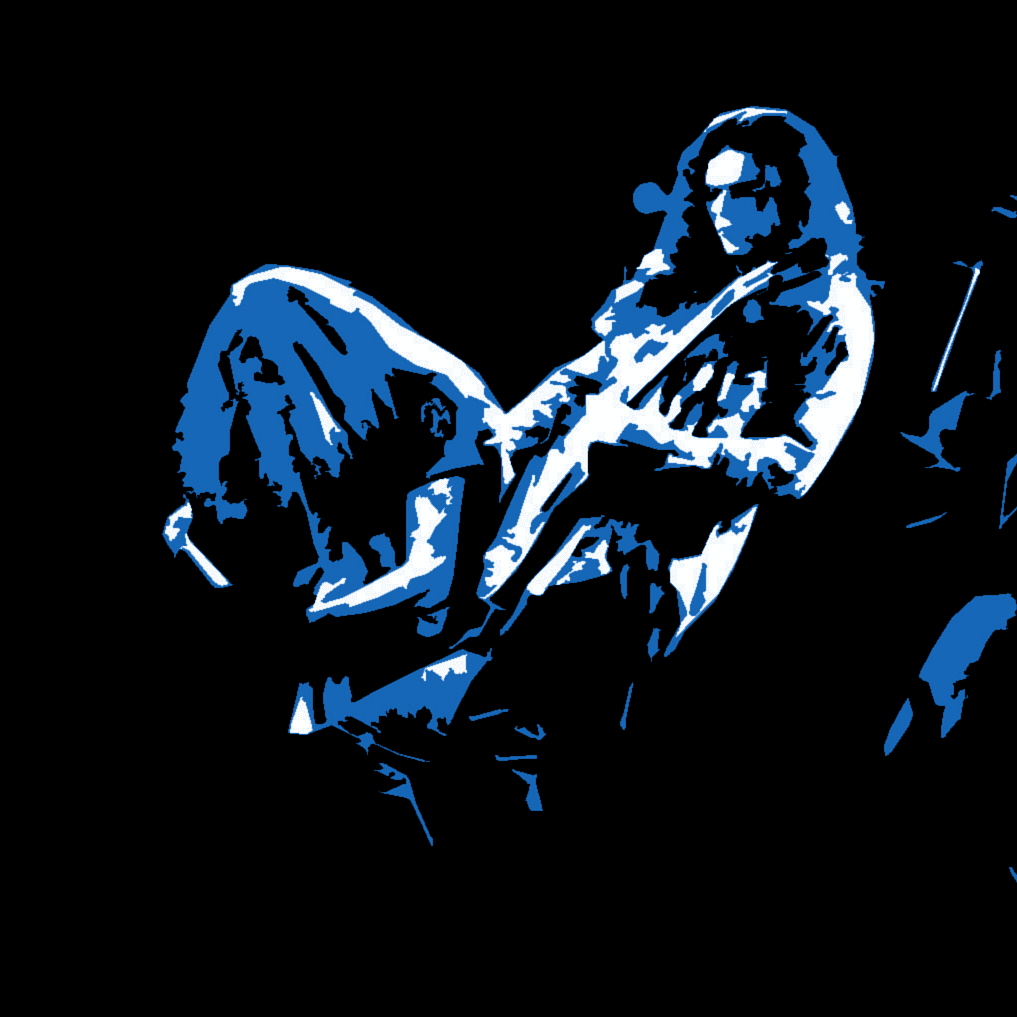 LYNYRD SKYNYRD-
“WISH YOU WERE THERE”
(Part 2)
BY BEN UPHAM III
SEPTEMBER 9, 2011
The first time that I saw Lynyrd Skynyrd perform live in concert was at Winterland in San Francisco on April 27, 1975. The atmosphere at Winterland was ideal for a good Rock Concert. They used blacklights to light the arena so anything that was white glowed! It was only the second concert I’d ever been to (first was Marshall Tucker, Charlie Daniels, and Little Feat 12-21-74 @ Winterland) and I decided to bring my camera, a 35mm Fujica ST-701, to the show. The opening act was the Charlie Daniels Band on their “Nightrider” tour. It was Tom Crain’s first tour as second guitarist in the C.D.B. They were excellent and got everybody really pumped up and excited for Lynyrd Skynyrd!

Lynyrd Skynyrd had just released their third record about a month prior to the show, the incredible “Nuthin’ Fancy”. They hit the stage to roaring applause after an introduction by Rock promoter/nextdoor neighbor Bill Graham, and jumped right in with a killer version of “Workin’ for MCA” from the “Second Helping” album. The music was really loud and I was up close, about 30 feet from the stage. The sound engulfed me and I was thoroughly blown away by the energy that was being put forth. Barefoot Ronnie was scowling, and spitting and prancing all around the stage as the three guitarists lit the place on fire!

Ed King took the opportunity for the evenings first solo with some wonderful false harmonics that just drove people in the crowd nuts! I was in awe! These guys were just blow away and the show had barely begun…Noticeably missing from the lineup was Keyboard player Billy Powell, who apparently had called in sick for the evening!

After “MCA” came to a thunderous conclusion Ronnie Van Zant had a big grin on his face and said, “A good-good evening to ya”…At that point the band kicked in with a powerful version of “Whiskey Rock-A- Roller” from the new album. As the set continued on I recall how crisp and clean the guitar solos sounded, and being very entertained by Ronnie’s stage presence, where he was literally conducting the band. Calling for solos with a whistle, or an “Up” call. He would carry the mic stand around with him shaking it violently at times or using it like an energy conductor during powerful guitar breaks.

The crowd just seemed to get higher and higher as the band ripped through a great set consisting of, I Ain’t the One, The Needle and the Spoon, I’m A Country Boy, Gimme Three Steps, Don’t Ask Me No Questions, Saturday Night Special, Railroad Song, Call Me the Breeze, and their big hit Sweet Home Alabama. Then to HUGE ROARING OVATIONS they said goodnight and left the stage. The crowd was just knocked out, and this was Winterland where the Rock goes on and on…The Audience started stomping their feet and a call for “Skynyrd, Skynyrd, Skynyrd” was deafening above the already constant roar!

I was blown away! This was amazing and I was enjoying every moment of it. As the band came back on stage the crowd approval got even more intense and the band could feel the Love. You could tell by the smiles on all of their faces. As the crowd calmed down Ronnie asked a favor and said, “Let me say one thing, please people, let me just say one thing. If there is a better audience than Bill Grahams Winterland, well, I ain’t seen it yet”…And this was received by another round of thunderous applause. Then the band kicked in to the brand new Allen Collins song, “On the Hunt”, which was already my favorite from the new record! They nailed it perfectly and then left the stage again…But we all new they were just taking a breather before coming out to finish us off!

Five minutes later the band returned and this time when the crowd quieted down Ronnie said, “This goes out to Duane Allman and Berry Oakley…Free Birds”…And then the first delicate notes of “Free Bird” started to play…It was pure, and sheer delight for all who were there. And they played as good of a version of it as I’ve ever seen them do (and I’ve seen the original band play it 4 times)…Gary Rossingtons opening slide part was mesmerizing, and Ed King played a beautiful guitar solo in the spot where Billy Powell’s piano solo would’ve been.

Ronnie Van Zant sang his next set of vocals with his eyes closed and you could easily see that he was putting every ounce of emotion he could muster into the feel of the words. It was amazing. As the music started to build and Ronnie grimaced he sang, “I’m as Free as a Bird now, and this Bird You’ll Never Change, whoa-oah-oah, Lord knows I can’t Change…Oh won’t You Fly High…Oh Free Birds Yeah”…And with that phrase delivered it was all ALLEN COLLINS show at that point! He stepped out and I was blown away watching him play that incredible, soaring, flying solo that is Free Bird!

He built the solo up carrying it faster and higher as he went, never missing a single note…Ed King started pushing Allen Collins with his own soloing and Allen responded by just taking everything up another notch. And when they all reached the crest of the first wave Allen was airborne! Leaping high and coming down into yet another run up the path into yet higher and higher territory. The crowd was in a frenzy as Allen Collins took flight one more time! Unbelievable! One more leap and the song peaked…and they wound it up and it was over…10 minutes of applause later the crowd finally relaxed and I recall how wide everyone’s eyes were. Smiles for miles…I had experienced Lynyrd Skynyrd and life would never be the same again…

My pictures from that show are not very good. As a matter of fact most of them aren’t good at all. Partially because I didn’t have my telephoto lens with me, and partially because of how wild it was in the crowd. I had only brought two rolls of film, shot some of the CDB and the rest of Lynyrd Skynyrd. Although only a few shots were acceptable, one of them wound up making it on to the cover of Gene Odom’s book that was published in 2011.
Click Here to see my Photos from this show