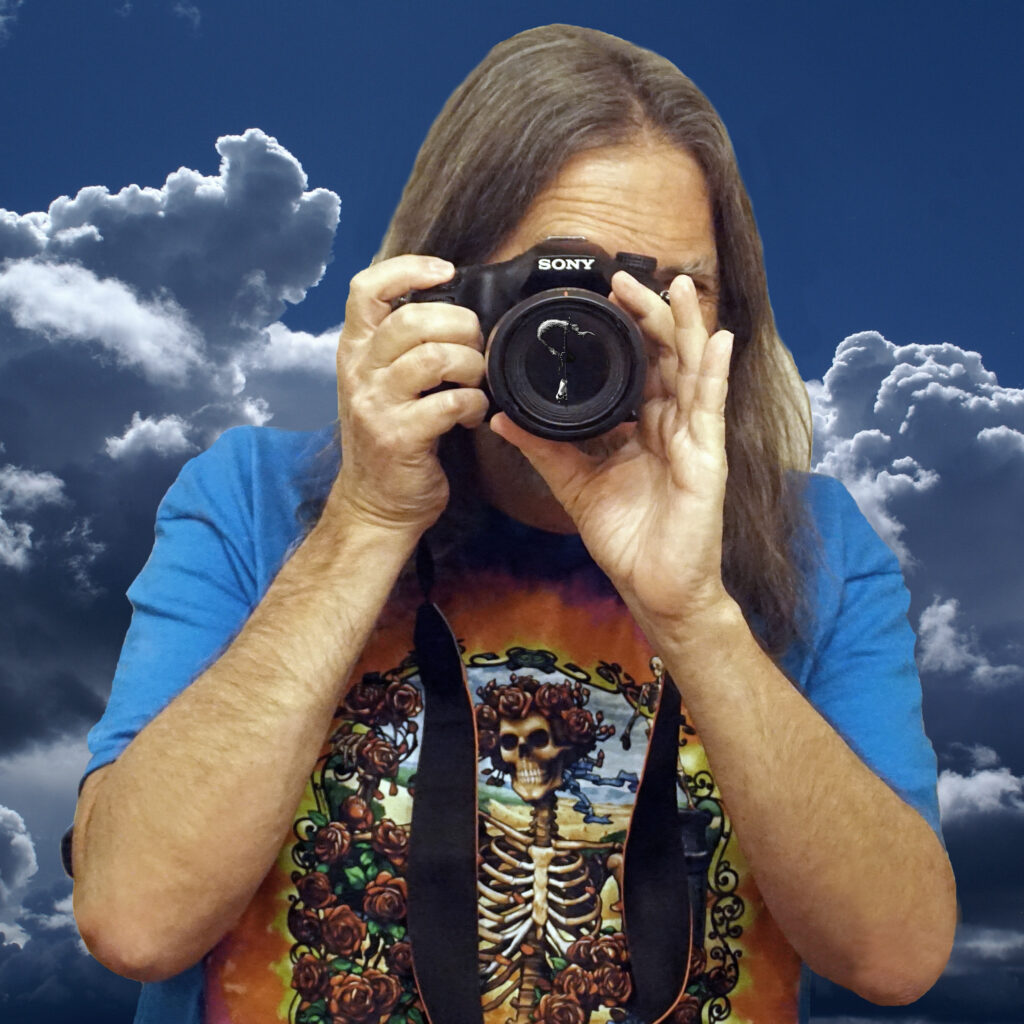 Legendary Rock Photos by Ben Upham III is a Rare & Unique Visual insight into a particular era of Rock Music (1975-1980).

All photos were shot on 35mm film, from a Fan’s perspective in the audience, with natural lighting.
About 95% of the photographs were shot in Black & White so that Ben could do all of the film processing and printing himself.

After attending his first Rock Concert (Little Feat, Charlie Daniels Band, Marshall Tucker Band) at Winterland in San Francisco on 12-21-74, the idea came to 17 year old Ben to bring his camera with him to future concerts in an attempt to capture visual images of the Magical Energy that he had witnessed and experienced that night at Winterland.

This started a Ritual that Ben carried on religiously for the next five years, in both the San Francisco/ Oakland Bay Area and also in the Spokane, Washington area after he moved there in August of 1976.

Often times he would get home from a Concert with so much energy that he would process the film that night, and then time permitting, be able to have some photos printed that he could bring to school with him that morning to share with friends that had attended the Concert with him the night before.

Fueled by his Desire to Freeze Musical Action and Magical Time in a Visual image, Ben quickly became very Passionate about his new Hobby. He would bring his camera with him to every concert that would allow it, and as time went on he learned many tricks to take better concert photos.

This website features the very best of Ben’s Original Rock Photos, all scanned by Ben from his Original 35mm negatives. Also you will find very unique galleries of his “Visionary Rock Art”, which feature his Cosmic & Psychedelic Artistic Creations and Interpretations created exclusively from his own Rock Images and Nature Photography Artwork combined.

Enjoy this visual journey through the past, with the hope that you might see some pictures which create vivid flashbacks for you of a long forgotten concert experience you had with any of these great bands so many years ago.

Ben’s Photographs have been published by many major recording artists in a variety of projects: 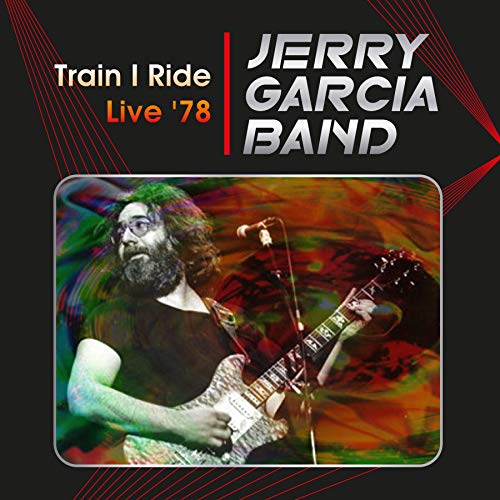 On July 9, 2020 the audio CD “Train I Ride by the Jerry Garcia Band was released by Stray Cat Records. The Disc features a stunningly Beautiful Radio Broadcast of 3-17-78 (early show) from the Capital Theatre in Pasaaic N.J. The Booklet contains one of Ben’s Photos from Cheney, WA. on 10-27-78. 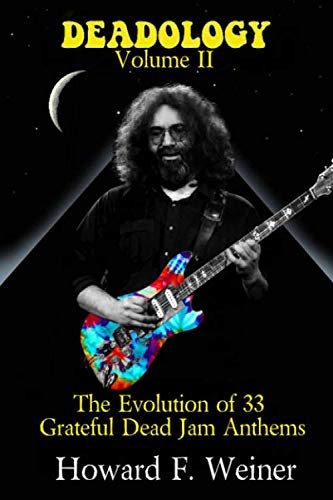 On July 23, 2020 The Book “Deadology II- The Evolution of 33 Grateful Dead Anthems” by Howard F. Weiner was Published by Pencil Hill Publishing. The Book includes Two of Ben’s Jerry Photos from the 12-27-77 Grateful Dead Concert at Winterland in San Francisco, One of them Graces the Cover! 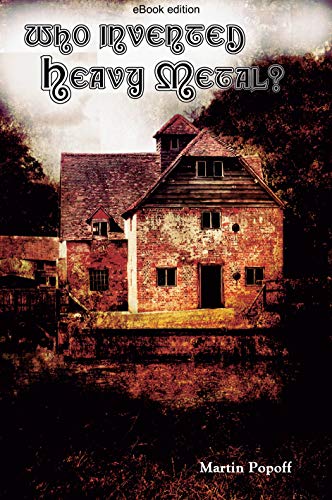 On April 5, 2019 Rock Author Martin Popoff published yet another book featuring two of Ben’s Black Sabbath pictures from the September 28, 1978 Spokane, Wa. Concert. This book is titled, “Who Invented Heavy Metal” and is published by Wymer UK. 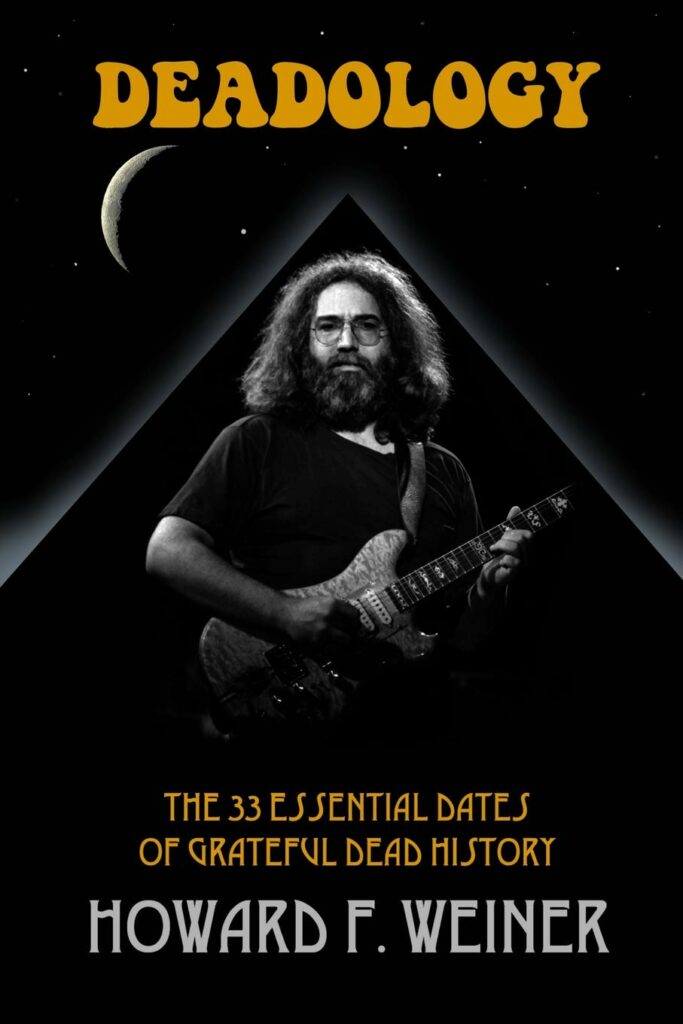 On April 30, 2019 The Book “Deadology- The 33 Essential Dates of Grateful Dead History” by Howard F. Weiner was published by Pencil Hill Publishing. The Book includes Two of Ben’s Photos of Jerry from the 10-27-78 Concert by the Jerry Garcia Band in Cheney, WA. on 10-27-78. One is on the Cover! 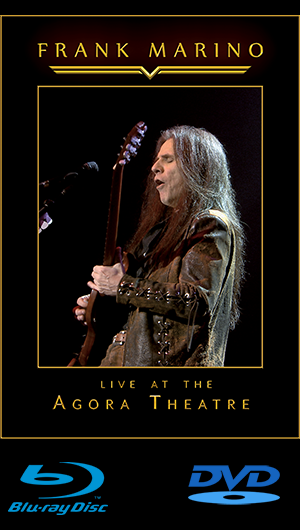 On November 26, 2019 The Double DVD Documentary, “Y&T- On with the Show” was Released by the Band Y&T (aka Yesterday and Today) and the Movie contained Three of Ben’s Photos of the Band that were taken in Golden Gate Park in San Francisco on 4-18-75. 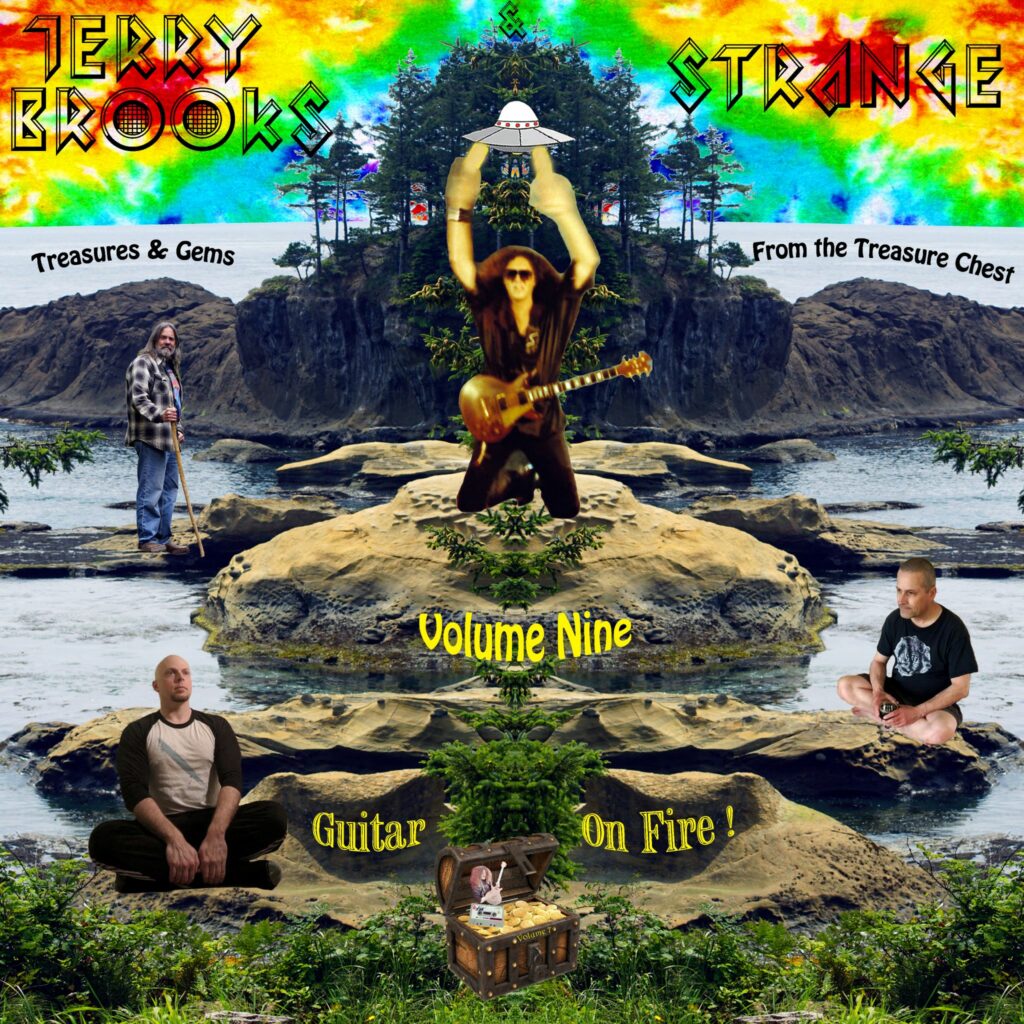 In 2018 Ben met Terry R. Brooks. Terry had a Band since the early 1970s called “Terry Brooks & Strange” which was a Band that Ben really liked, but had never seen play live. Terry has a large archive of Rare Recordings that He has been releasing through “Bandcamp” and Ben was brought on board to help create Cover Artwork and Design for the Archival releases. To date He has done 11 covers and there is another on the way. Please check out Terry’s Great Cosmic Music at: https://terrybrooksandstrange.bandcamp.com/ 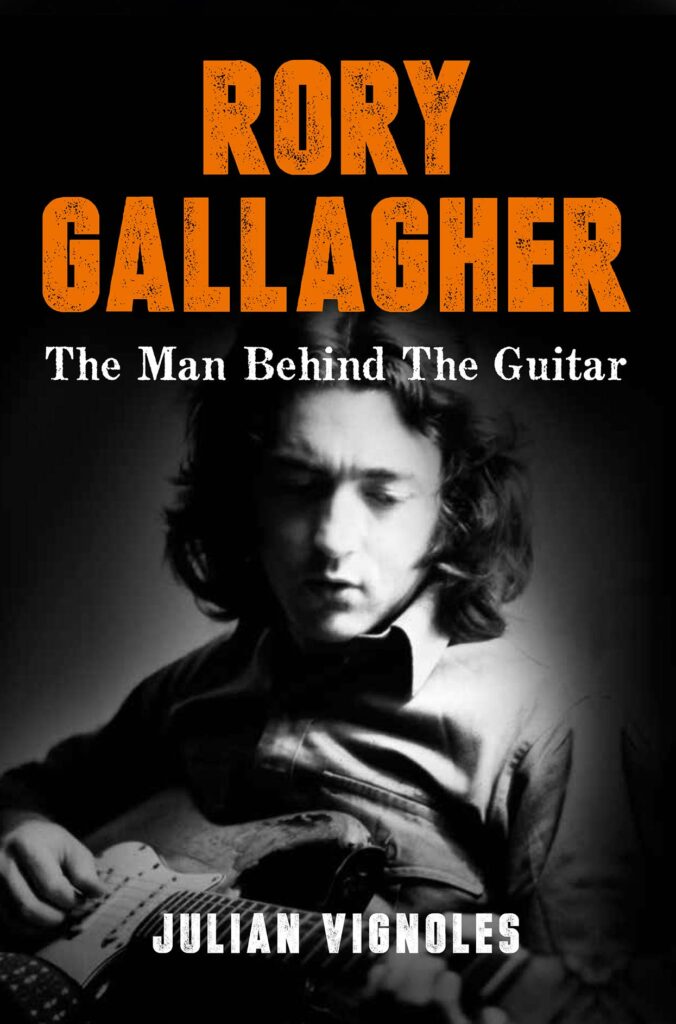 On October 31, 2018 The Hardback Book “Rory Gallagher- The Man Behind the Guitar” by Julian Vignoles was Published by The Collins Press. The Book features Four of Ben’s Photos from Winterland, San Francisco on 11-16-75 and One from Kent, WA. on 12-18-79. One of the Photos graces the back Cover of the Book. The Book was also released as a Paperback on 4-16-21 by Gill Books. 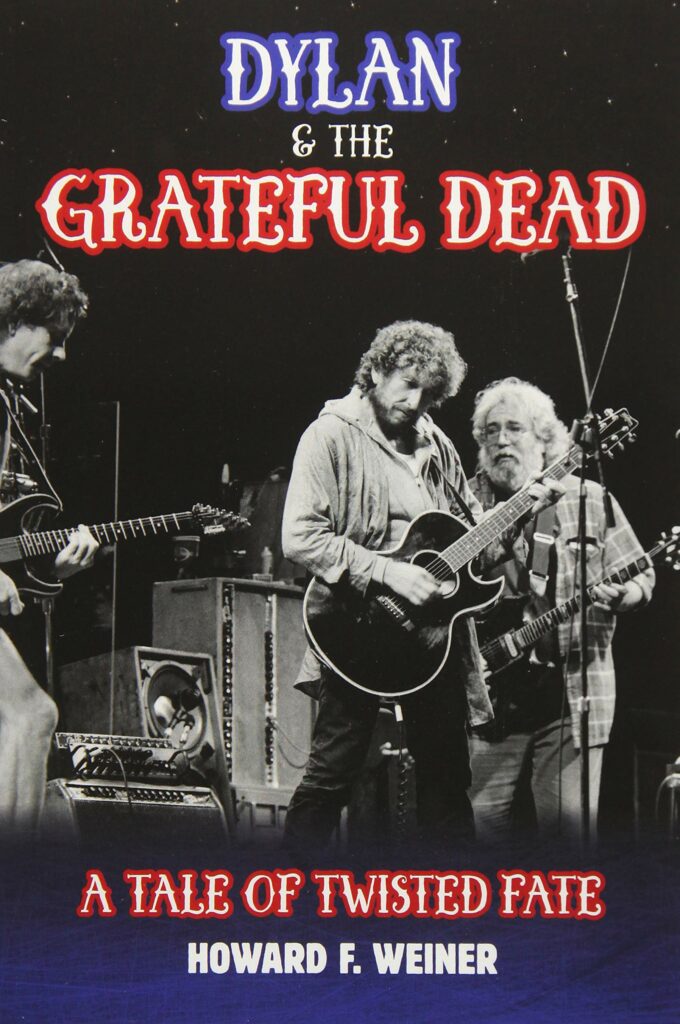 On July 1, 2017 The Book “Dylan & The Grateful Dead, A Tale of Twisted Fate” by Howard F. Weiner was published by Pencil Hill Publishing Co. The Book included One of Ben’s Photos of Jerry Garcia which was taken in Cheney, WA. on 10-27-78. 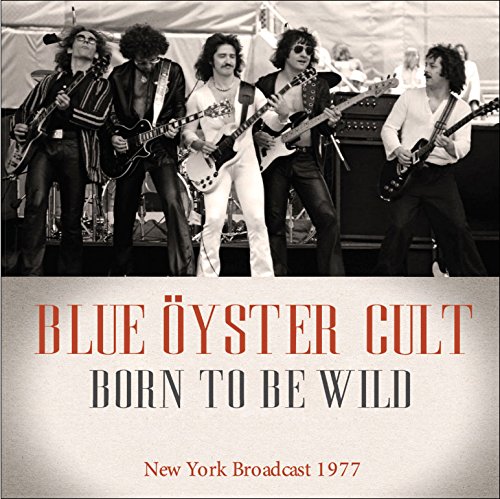 On May 23, 2016 The Audio CD “Born to be Wild” by Blue Oyster Cult was Released by Zip City CDs. The Recording is an F.M. Broadcast from a Concert that the Band Performed in Uniondale, NY. on 2-4-77. The Packaging includes Two of Ben’s Photos from the “Day on the Green” Concert in Oakland, CA. on 6-6-76. One shot made the Cover and the other is on the CD itself. 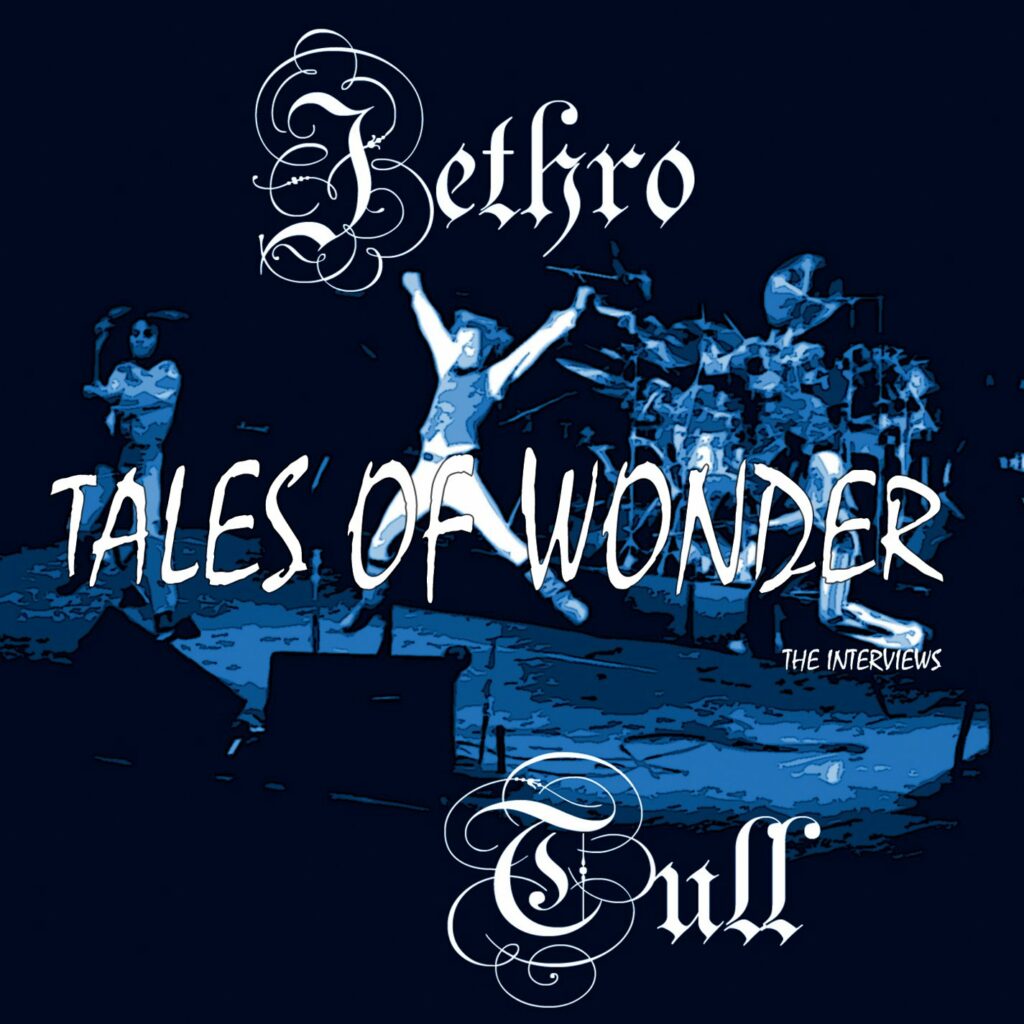 On June 9, 2015 a Jethro Tull Interview CD called, “Tales of Wonder” was released by MVDaudio and it features Ben’s photo/artwork of Jethro Tull in concert from Pullman, Wa. on 3-5-77 as the front cover art. 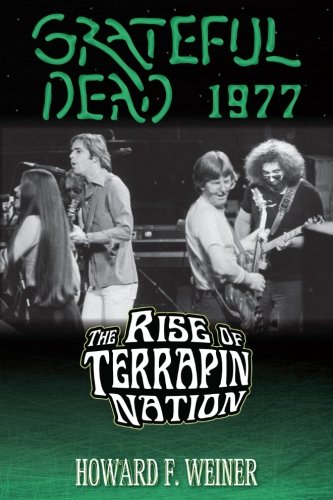 On July 3, 2015 author Howard Weiner published his excellent and unique book, “Grateful Dead 1977: The Rise of Terrapin Nation”. A stunning and fun read about the Dead in what many consider their finest year! The 224 page book features two of Ben’s Grateful Dead photographs taken at Winterland in San Francisco, Ca. on December 27, 1977. 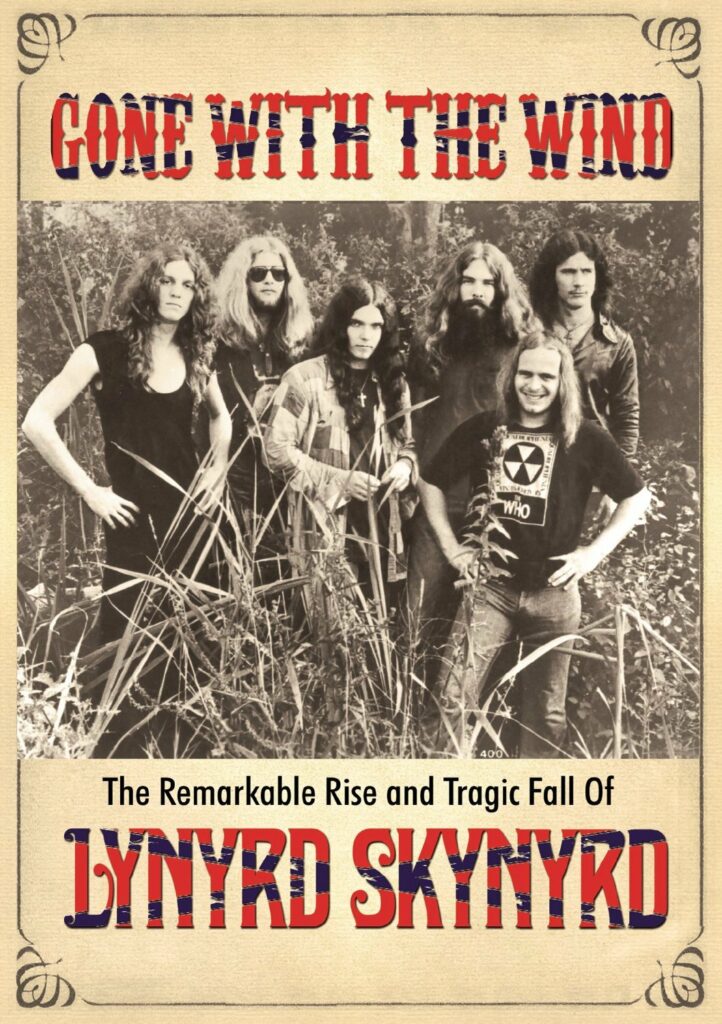 On October 16, 2015 the DVD “Gone with the Wind, The Remarkable Rise and Tragic Fall of Lynyrd Skynyrd” was Released by “Sexy Intellectual”, a division of Chrome Dream Records. The DVD features Three of Ben’s Photos in the Movie. One from Oakland, CA. on 9-20-75, One from Winterland in San Francisco, CA. on 3-6-76, and One from Spokane, WA. on 10-7-76. 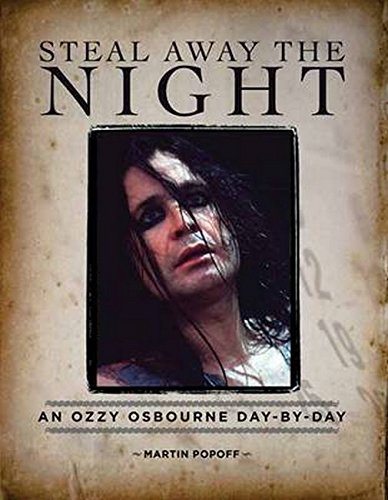 On July 1, 2014 Author Martin Popoff published, “Steal Away the Night: An Ozzy Osbourne Day-by-Day” on Backbeat Books. The 256 page extravaganza features two of Ben’s Black Sabbath pictures from the concert in Spokane, Wa. on September 28, 1978. 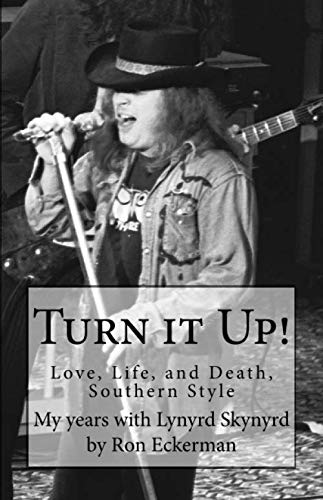 In August of 2014 Ron Eckerman’s Fantastic Book, “Turn it up!: Love, Life, and Death, Southern Style” was re-released by CreateSpace Independent Publishing Platform as a second edition. The initial 2011 release didn’t have any of Ben’s pictures in it, but Ron had contacted Ben in 2013 to get permission for use of his photos in the upcoming revision. Ben was happy to help out and sent Ron a batch of his photos to choose from. Sadly, Ron lost his battle with cancer on May 11, 2014. However his Wife, Carolyn, contacted Ben in June and they worked out the details, and saw the new version published in August with Six of Ben’s photographs in the book, including the killer Ronnie Van Zant front cover shot that was taken at Winterland in San Francisco on 3-6-76. 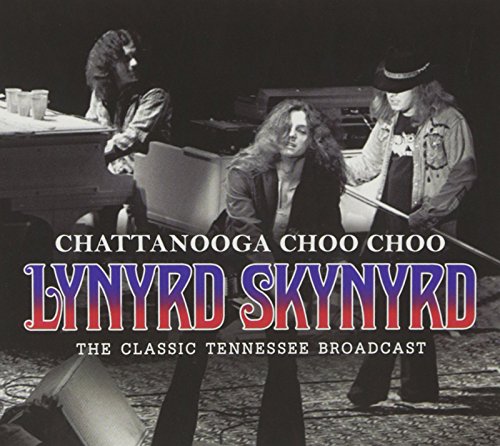 On September 5, 2014 The Audio CD and Vinyl of “Chattanooga Choo Choo” by Lynyrd Skynyrd was released by “Smokin’ CDs” a division of Chrome Dream Records. The Recording is from a Live Radio Broadcast of the band from Memphis, Tennessee from March 1975. The Cover Photo and the Photo on the Disc are Ben’s from the March 6, 1976 Winterland Concert. 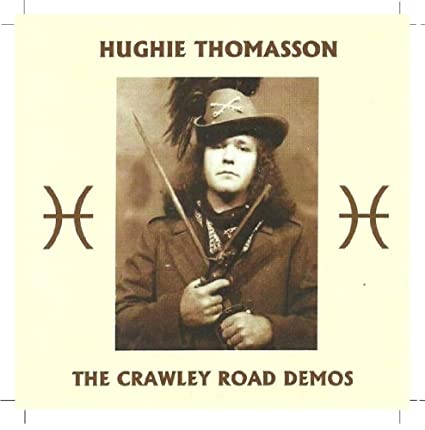 On August 2, 2013 The Audio CD “The Crawley Road Demos” was Released by Hughie Thomasson of the Outlaws. On Hughie LLC and Mattias Chaparral Co. label. The CD Booklet features one of Ben’s photos of Hughie taken at Winterland in San Francisco on March 6, 1976. 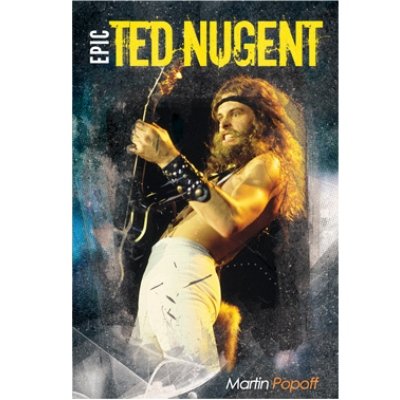 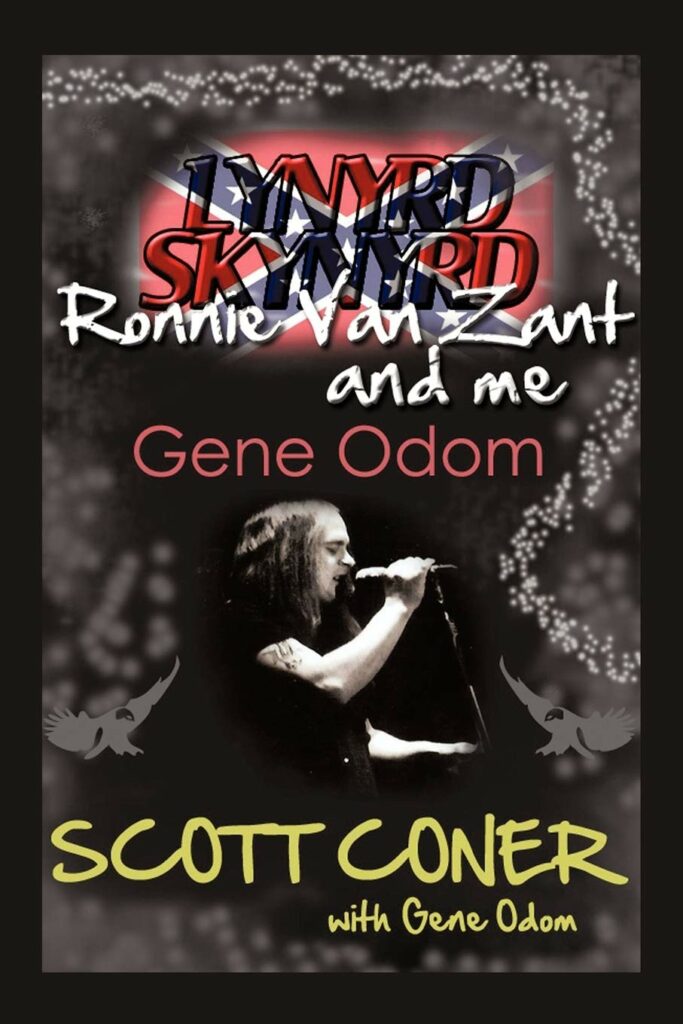 On April 25, 2011 Scott Coner and Gene Odom published their book, “Lynyrd Skynyrd, Ronnie Van Zant, and me…Gene Odom” on iUniverse Incorporated. The book features one of Ben’s photos of Ronnie Van Zant, taken at Winterland in San Francisco, Ca. on April 27, 1975 as the front cover photo of the book. 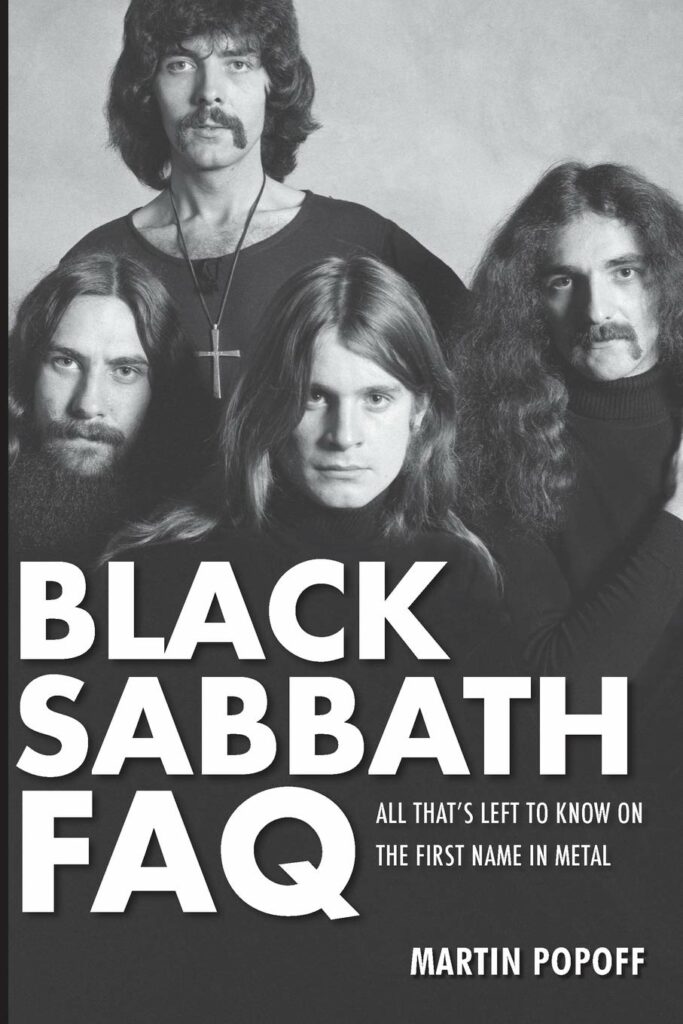 On May 1, 2011 renowned Rock Author Martin Popoff published a very nice 400 page book on Black Sabbath called, “Black Sabbath FAQ – All that’s left to know on the first name in metal”. The book features three of Ben’s Black Sabbath photographs taken in Spokane, Wa. on September 28, 1978 and also includes a written review of that concert written by Ben. 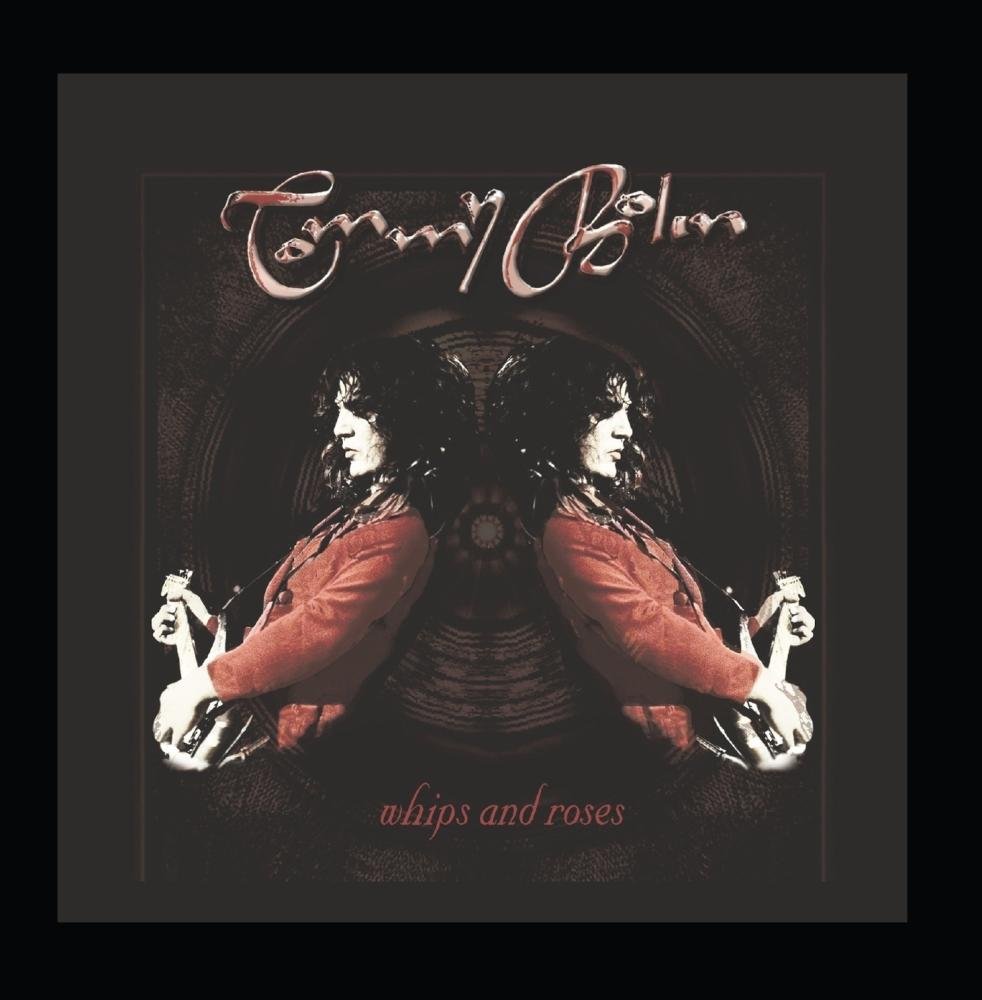 On April 25, 2006 the Tommy Bolin Archives released some of the finest unheard studio recordings of Bolin’s career with the incredible CD, “Whips and Roses”on SPV Records. The CD packaging includes a very nice booklet which prominently features one of Ben’s photos of Tommy taken at Winterland in San Francisco, Ca. on May 7, 1976. 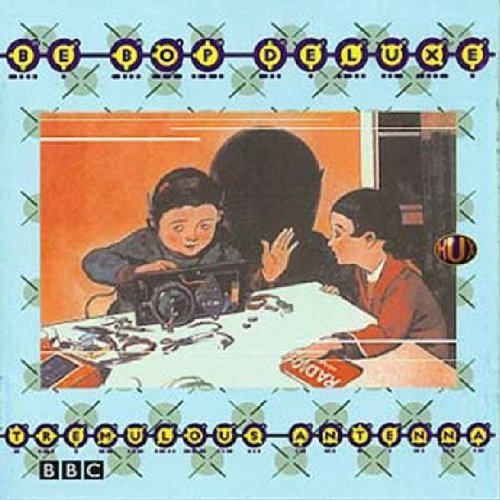 On July 27, 2006 British Rock Band Be Bop Deluxe issued a fantastic CD on Hux Records called “Tremulous Antennae”. The release features rare and archival BBC recordings of the band from 1976-1978. One of Ben’s photos from a concert in Spokane, Wa. on November 19, 1976 is included in the CD packaging. 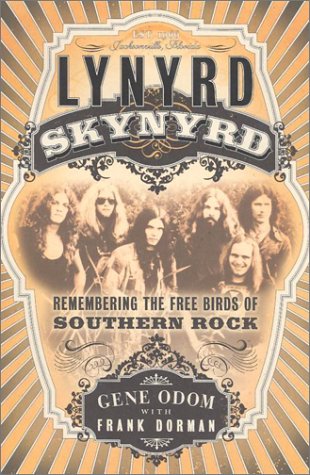 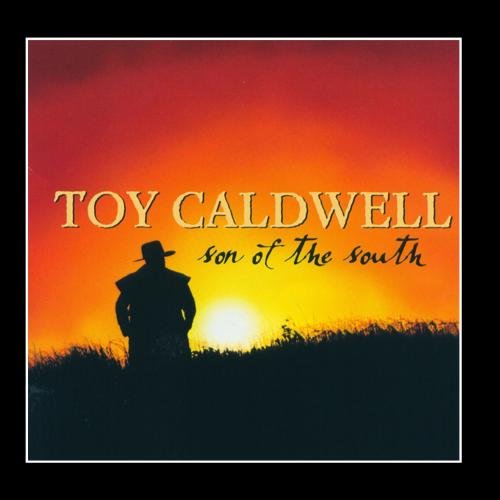 On January 25, 2000 Hopesong/GMV Nashville re-released Toy Caldwell’s only official studio solo album, “Son of the South”. The brilliant musical masterpiece prominently features two of Ben’s photos taken at a concert in Spokane, Wa. on 3-9-79 when Toy was the leader of the Marshall Tucker Band.

Two of Ben’s photographs of Rory Gallagher taken in Kent, Wa. on December 18, 1979 wound up as cover shots on the Two-Cassette Tape release “Rory Gallagher Tribute by Various Artists”. 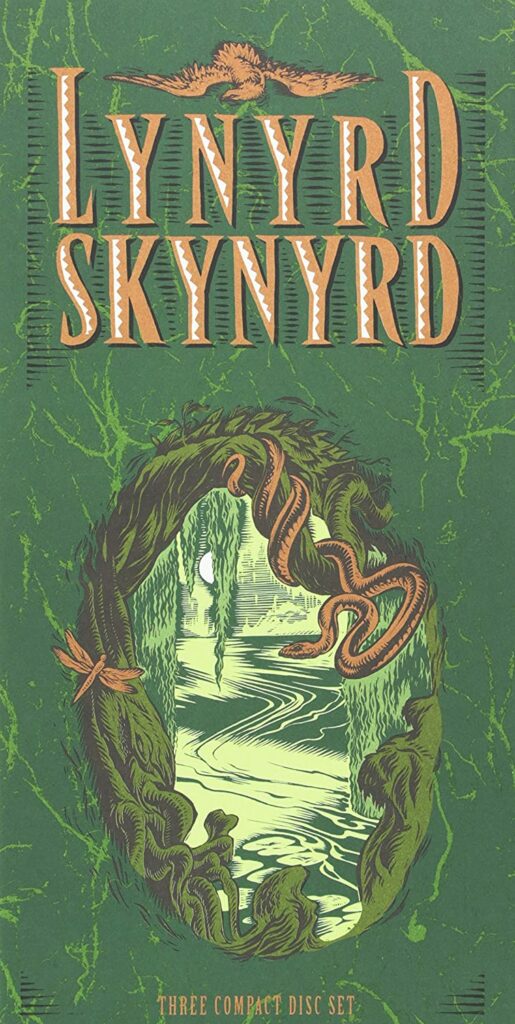 On November 12, 1991 Lynyrd Skynyrd released their excellent self-titled 3-CD Box Set on MCA Records. The package included many rarities and unreleased songs as well as a beautifully crafted 60 page booklet that included one of Ben’s photos of the band taken at Winterland in San Francisco, Ca. on March 6, 1976.