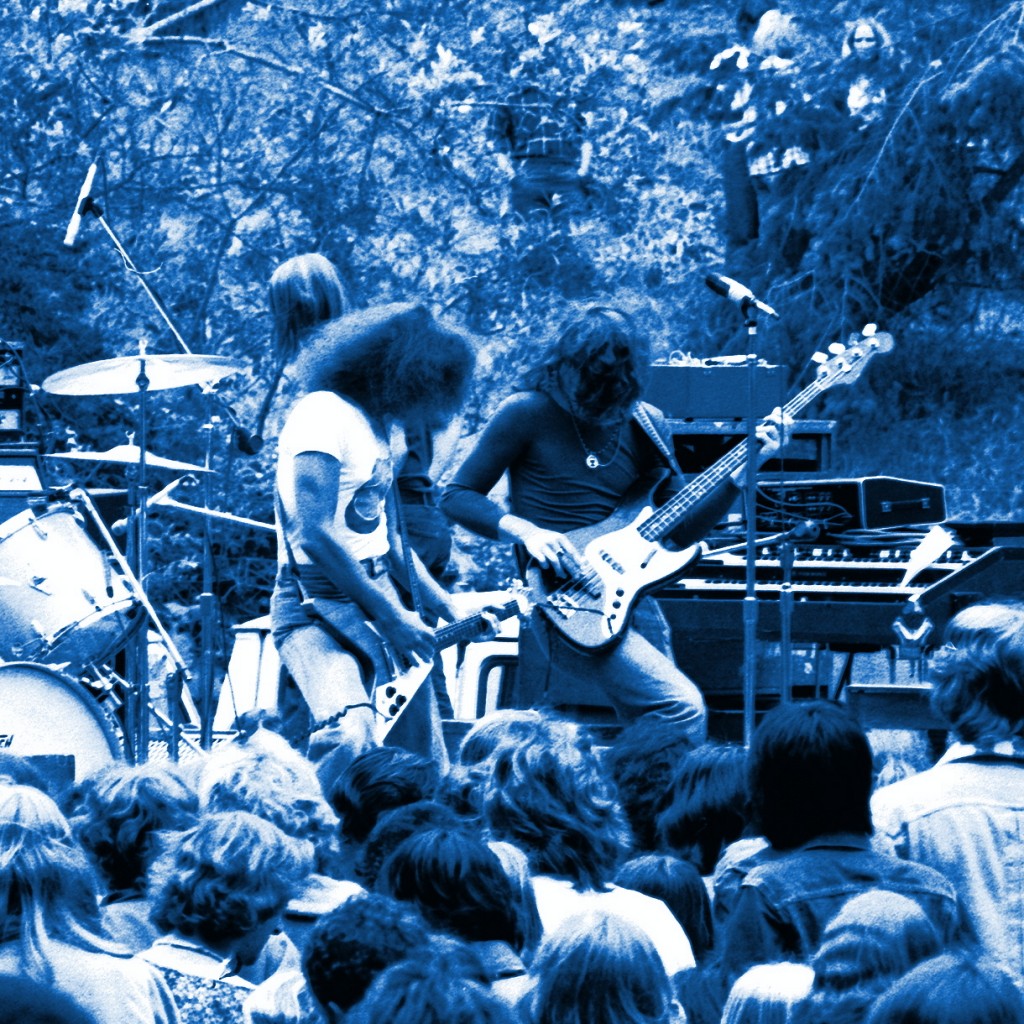 “The big question everyone asks us when we play out of the Bay Area is, ‘Who hipped you to rock music?” Rhythm guitarist Joey Alves of hard rockers Yesterday and Today explained, “Just ’cause we’re an Oakland band everyone thinks we’re supposed to play funk and have black chick singers like Tower of Power, Graham Central Station and the Pointer Sisters.”
Yesterday and Today is anything but a funk band. They are white boys playing Hard Rock (with capital letters), and they keep it simple and basic. They are also performing at Winterland tonight.

The quartet’s album, “Yesterday and Today,” has been released on London Records. “They were after rock and roll acts,” lead guitarist David Meniketti said, “and they signed us. They realized that heavy rock of the Aerosmith- Montrose variety is what is filling the arenas.”

The band, with drummer Leonard Haze and bassist Phil Kennemore, has been playing locally for three years. Haze is 21, the others are all 23.

They made a conscious effort to break out of the Top 40 band rut, wrote original material and moved into the metal market, creating their own concert circuit in the Eastbay.

Unlike many other hard rock bands, Yesterday and Today are proud of their simple approach to loud music.

“People can’t get enough hard rock,” Meniketti said. “The people who like it want the same basic sound every time they see or hear it”.

Everyone likes the first two Led Zeppelin albums; same with Montrose. But they’ve both changed, either style or personnel or both.

“It’s easy for the press to call this music simple, then the bands try to play jazz and add fancy production work and acoustic guitars to prove
they can play something else. And that’s when the music loses its force.”

“We work on high energy, and prefer crowds like those at Winterland,” bassist Kennemore said. “If people come to see bombs and smoke on stage,” Haze added, “that’s okay, but we don’t do that kind of thing. Our music is our bombs; we explode on stage and don’t need the visuals.” “We aren’t addicts and we don’t go out and rape women,” Meniketti explained, taking a swig of Pepsi. Joking, he added, “We play jock rock. We’re behind the A’s, the Warriors and Raiders all the way.

“Yeah, we’d like to play the Superbowl and sing ‘Kenny and the Boys.'” They all broke out laughing. Their equipment cases are all lettered in green and yellow, a visual support of the A’s.
The album contains such fascinating song titles as “Animal Woman,” “Alcohol,” “Fast Ladies (Very Slow Gin)” and “25 Hours a Day.” Drummer Haze explained, “Reviewers may not like ’em, but just ask people on the street what they enjoy doing most, and they’ll tell you it’s sex, getting drunk, cruisin’ and the like. I write about what I can relate to.

Although Oaklanders, the band members made their name in the Hayward area.” “That’s really sad, because there just aren’t any rock halls in Oakland. What few existed have been replaced with discos. We’d like to play in our town, but where?”
Regardless of one’s music preferences, it’s easy to see Yesterday and Today’s approach as a good one. The three-chord crunchers do bring out huge numbers of people who want to have a good time. And they do it on music that doesn’t require deep thought.
“We sure don’t want to play music that is taken seriously,” Haze said. “We’re in music for fun, and it’s obvious the people who come to hear
us are too.”